As my Dad leant unsteadily on his crutches, in a cornfield in Touffreville, Normandy telling his young grandchildren the enthralling story of his nocturnal arrival into France 75 years ago to that day, and as they gazed up, mesmerised and focused on every word as his tale unfolded from D-Day to his POW train journey, I decided at that point that I NEED to make this trip. 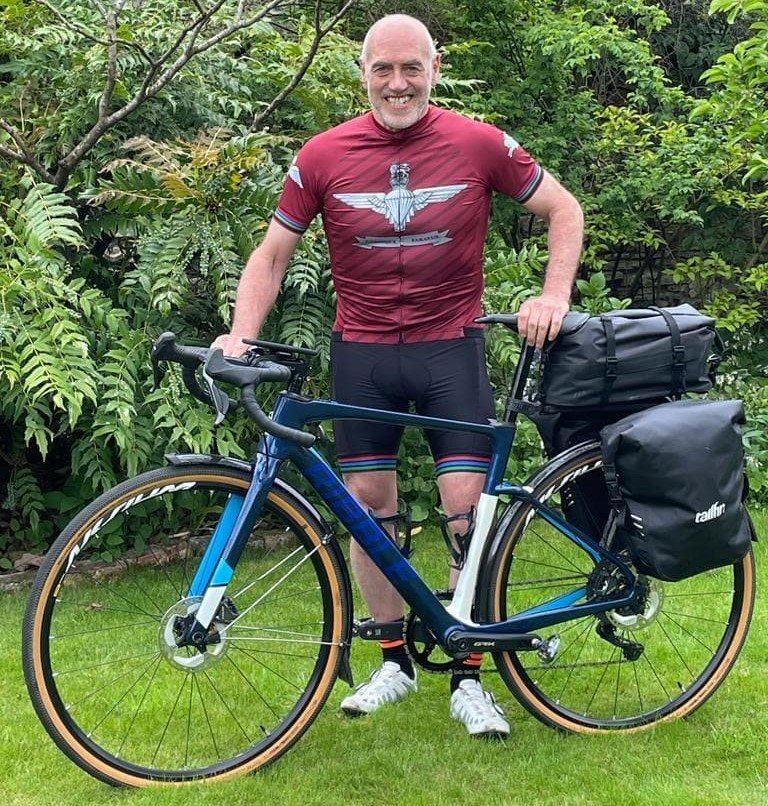 How better can a story be told than to retrace it, step by step.

And so it began, my quizzing and investigation of my Dads journey from his training, to D-Day, his exploits, to his capture and eventually his freedom.

I spent hours on the phone and visiting Dad, probing his 97 year old brain of a 75 + year old memory. It was amazing, some things he had no recollection of or admitted his confusion, but other details were as crystal clear and his eyes would shine as he reminisced and recalled his adventures.

I was so looking forward to speaking to Dad every night and ‘Face-timing’ him with updates and photos and visiting all the places we talked about, but in 2021 the travel restrictions in both France and Germany put pay to my trip.

Dad, who had battled ill health for the last few years, took a turn for the worst and on 28th August 2021 he peacefully passed away at home.

I really am gutted that this journey has now changed from a celebration WITH my Dad to a tribute to him, but in one way that makes it more important that I complete it.

In June of this year, I will be using my new bike  – a Ribble CGR SL Gravel GRX Di2 as a partner to enable me to share my memories in remembrance of my late father. It will be just me and my bike, free, travelling at our own marching pace. Taking in a pre-planned route through the quiet country lanes and back roads of the English, French and German countryside.

Picking up gravel paths and off-road sections, where possible. All with the end goal of taking me 1800-miles, solo, to my destination. But it’s not just any day in June that I will embark upon my epic adventure …. It will be on the 5th of June. The day before D-Day, exactly 78 years later…..

On that momentous day, my Dad was just 20 years old. He had volunteered to enlist with The Pathfinders of the 22nd Independent Parachute Company – their motto is ‘First In’.

Just before midnight, 4 planes took off from RAF Harwell, each with a ‘stick’ of 10 men embarked. Bound, not for the beaches of Normandy that most associate with D-Day, but inland – behind enemy lines! My Dad was in the very first plane to ‘drop’ at 00:17 on 6th June 1944.

Their crucial mission was to secure a specific area and set up radio beacons to guide in the main force of Paratroopers. Who, in turn, would destroy Bridges to the east of Caen and, in doing so, protect the flank of the allied invasion from attack.

After the Paratroopers had moved out, the enemy attacked, and my dad was blown up and injured. He was then captured and interrogated before eventually being taken south, then on to Stalag IVB. Which, at the time, was the biggest POW camp in Germany. The prisoners were transported by cattle truck train, enduring horrendous conditions.

You can read more about Bob Stoodley story on Rich website

My Ride will see me mirroring his entire journey, keeping as close as possible to the exact route that he endured. Dad was deployed at “drop zone K” near Touffreville 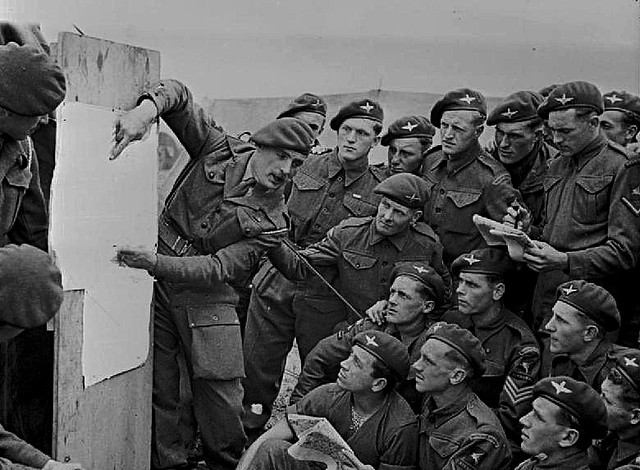 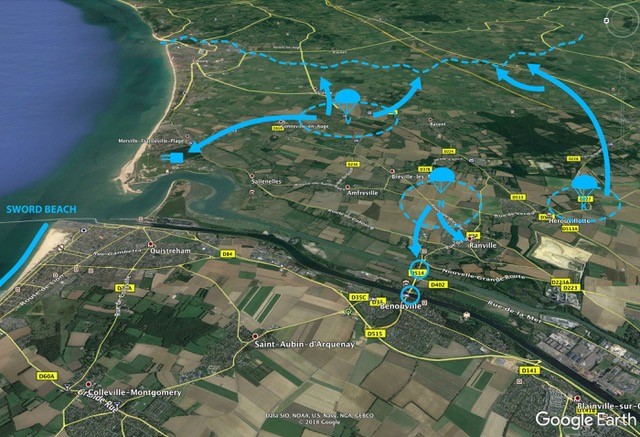 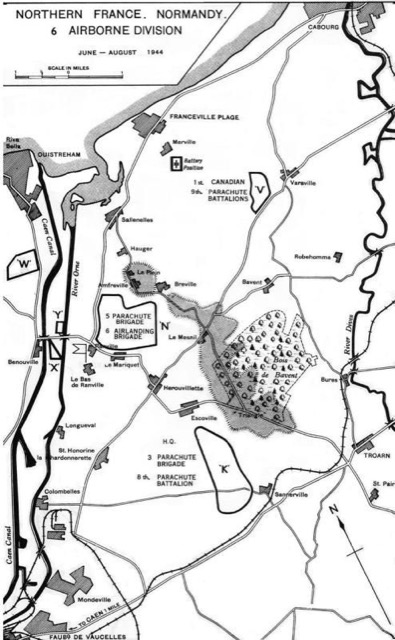 My Dad was a huge part of my life, and I planned this route with him. Only the Covid travel restrictions of 2021 stopped me from setting off back then. Unfortunately, in August of last year, I lost my dad. So, now the Ride has become a memorial ride in his name rather than a ride to share with him day by day. I’m gutted.

He was also the last survivor of the D-Day Pathfinders – Last Out.

But that is where the bike comes in.  I will be allowed to find solace by retracing his steps. Remember his stories and memories as I take in the beautiful scenery and visit sites of historical significance along the way.

I will be able to use my bike to tell his story. To push myself both mentally and physically, using the freedom my bike gives me to be alone with my Dad following me every step of the way.

Cycling has many facets, but this is a journey that will be a highlight for me. Though I am doing it for myself and my Dad, I’m also taking the opportunity to raise funds (why not) for Support Our Paras – The Parachute Regiment’s own Charity.

The bike I am riding is simply spot on and perfect for the various terrains I will be covering. It’s comfortable and able to perform on anything this trip will throw at it …. I opted for the Ribble CGR SL Gravel. With Shimano Ultegra Di2 electronic shifting, running this on tubeless 32mm road tyres and adjusted front gearing to run a 46T chainring. Complete with a full set of Tailfin.cc racks, and panniers, it’s, without doubt, the right tool for the job.

My exact route and my dad’s story are fully described here on my Just Giving page: https://www.justgiving.com/fundraising/richard-stoodley.