That was a quote at the finish from a pro rider in the same group as what Carl and Andrew were riding with at the 2 day, 3 stage, Peaks National B Stage race. Here we have a report from both riders on how the weekend went.

Peaks 2-day race report. – No official placings yet so I’ve given some approximate results
Stage 1 – 12k TT (Saturday)
The TT started on a steep climb, so even from the first pedal the race was as hard as nails. The TT course
flattened off after the initial climb and then went into a fast decent with a tricky right turn. Then it was
immediately up a steep 3 minute climb before another decent and a drag into the finish.
I had to force myself not to commit too hard to the TT. It would have been very easy to cook yourself in
the TT and regret it in stage 2 especially when the time gaps were likely to be big.
Time was 19.55

Stage 2 – 90k race (Saturday)
Stage 2 was 7 laps of the TT course. The race started out fairly chilled but after a few laps the pace really
increased. It was important to position well going into the decent before the climb to make sure you’re
on the right side of any splits. Around the 4th lap the bunch split and I managed to follow the leader’s
group, there were a few riders still up the road, but the group was keen to chase. The group was
whittled down until about 15 remained. With around 1.5 laps to go I went straight through a pothole
and got a pinch flat. I waited by the side of the road for about 4-5 minutes for neutral service, I finally
got a wheel then began a solo chase to Andrew’s group about a minute or so up the road. I couldn’t
make up that gap, but I managed to finish the stage and get placed so I could ride the next day. Massive
shame to puncture from the front of the race but that is just the way it is sometimes.
Result – Hopefully top 30 even with the puncture we’ll see. 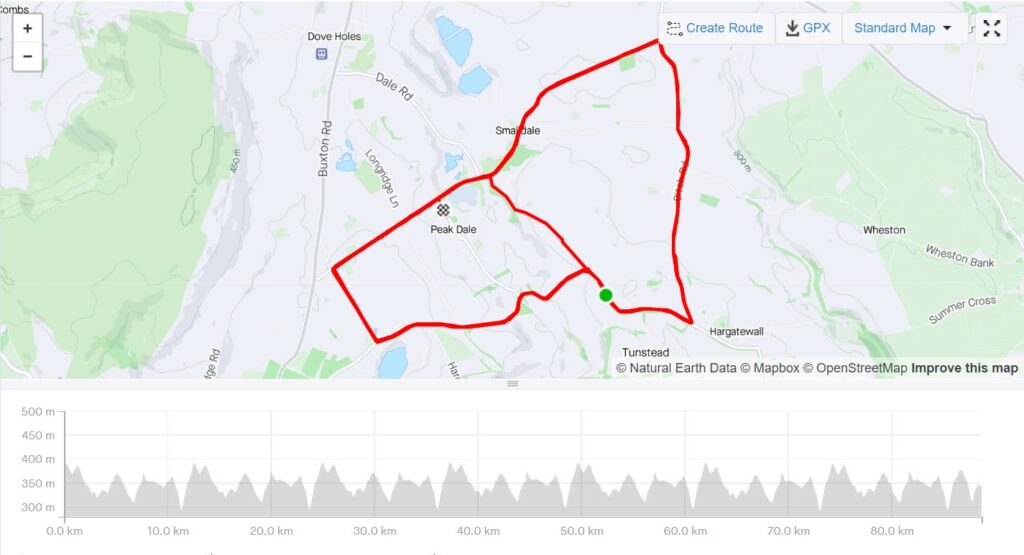 Stage 3 – 100k race (Sunday)
The course for Sunday was even harder, Saturday had been just under 2000m of climbing in total,
Sunday was 2700. The course was either up or down with a fast but fortunately safe descent. The climb
was about 11 minutes and started off steep with a bit of downhill in the middle before a long straight
drag past the finish and over the top.
From lap 1 the race went ballistic. The guys who had lost out on day 1 attacked and the race started to
split. It came back together on the descent but as soon as we started climbing again the bunch
splintered. I had to go absolutely full gas to hang on. This was definitely one of the hardest few k I’ve
done in my life. After the race I spoke to one of the canyon guys who said it was the hardest 20k they’ve
ever done.
I hung on to the leading group for the next couple laps while a few guys were out in front. About
halfway through the race more attacks went. Me and 3 others were shelled out of the front group, we
were all feeling it but not everyone wanted to work. After one rider in the group attacked, I couldn’t
follow and with 40k to go I was on my own about 3-4 minutes in front of the group behind but with no
hope of catching the group in front. I was 10th on the road at this point so I decided to commit to the soo
effort and try to hold off the riders behind. Maybe this wasn’t a particularly good idea as they caught me
after about 15k solo. By the time I was absorbed into the roughly 10 man group I was on the limit. I hung
onto them until about 1.5 to go before I was out the back. I paced the last lap as best I could but the was
a grim experience. However, I still finished! Perhaps I should have sat up, rested and waited for the
group behind after I was dropped by the lead group but sometimes you’ve got to go for a good result. It
didn’t work out this time but was still a great race! 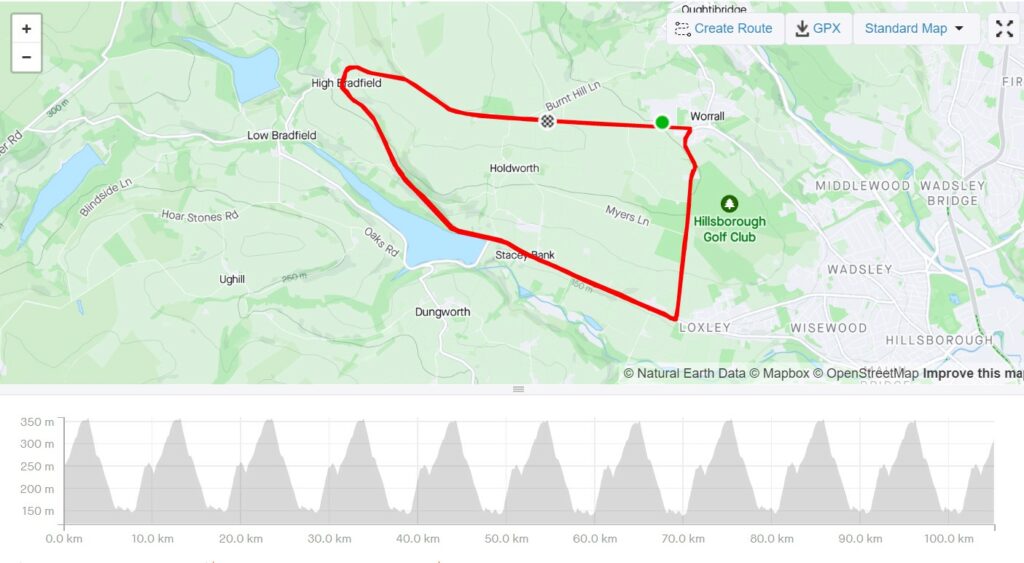 The result on the stage was maybe in the top 30 but it’s hard to say after my huge crack. Not going to
make an attempt at guessing the GC.

In the end Carl finished 24th on GC

That stage had more metres climbed per km than any Pro Classics race, plus this was the final stage of 3 tough stages.

With some excitement and apprehension Carl and I arrived In Sheffield for the national B Peaks two day stage race. We had selected the race in Calpe when we were in high spirits and motivation due to the very hilly courses and quality field. back in the UK my motivation had waned for what was looking to be a tough event.

The first day was a TT followed by a 100k road race. Carl and I had decided to take the TT easy as the time gaps on the other stages were bound to be massive. Also the Ribble boys were out with their new aero, 55T, narrow barred bongo machines and I knew we would have got a pasting whatever. Better to use our climbing talents in the stage races.

Carl was climbing like a hero following the moves and floating up the climbs in his out of the saddle Contador esque style. He jumped away with the front group as the Conti boys kicked on, it looked like he was on for a top result. I was in the second group on the road feeling gradually better, then I saw Carl on the side of the road sitting cross legged with a wheel in the air waiting for neutral service. On the final lap I went full gas on the climb and managed to come home first from the group in 24th. Carl chased home solo not far behind. Hopefully the team’s bad luck was behind us. I wanted a top 20 GC result and some elusive British cycling points.

On the final day we had Almost 3000m climbing in 100k – similar vertical to an alpine stage in the tour. It would be a challenge just to finish this stage. On the first climb it went full gas, I did my best number all year and was getting gapped from lead rider of about 10. Unfortunately, Carl was on my wheel and I was taking him out of the back. Then the swashbuckling Carl hits the nitro button and jumps across the rapidly growing gap. I was very impressed at how he had made the front group of elite riders but it was a hell of an effort. I found myself in a good working group that vowed to work together to get to the finish. 7 laps later on the climb we pick up a clearly cream crackered Carl who got a warm congratulations from the group “good ride mate – stick with us” he managed to dig out one more time up the climb but had to ride the rest in solo – a valiant but ultimately pyrrhic effort. the group which was splitting under the pressure of riding for a top 10 as we realised more and more of the lead riders were going pop. I came in 17th in the back of my group having achieved my goal of a top 20 on GC and not having the legs to push the pedals any harder.

A good weekend that bodes well for the racing to come